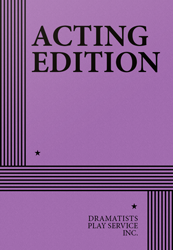 Apply for Rights
FEE: $105 per performance. SPECIAL NOTE: A CD containing music and sheet music is required for production. The cost is $35.00, plus shipping and handling. The nonprofessional fee for the use of this music is $25.00 per performance.
THE STORY: After firing one of their founding members due to his erratic behavior, a world-class string quartet takes a chance on a gifted but relatively inexperienced young woman. With only a few days to rehearse a grueling Beethoven masterpiece, the four struggle to prepare their highest-profile performance ever—a televised ceremony at the White House. Their rehearsal room becomes a pressure-cooker as passions rise, personalities clash, and the players are forced to confront the ephemeral nature of their life’s work. Recipient of the Barrymore Award for Outstanding New Play, a Steinberg New Play Citation from the American Theatre Critics Association, and nominations for Lucille Lortel and John Gassner Awards for Best New Play.
“Sex, drugs and chamber music! OPUS considers the matter of music making with an intimate, appraising eye, showing us the sweat, the drudgery and the delicate balance of personalities that lie behind the creation of a seemingly effortless performance. An absorbing new play, marked with a nuanced intelligence in its depiction of the complex relationship between musicians’ lives and their art.” —NY Times. “A taut, smart, thoroughly entertaining drama.” —Newsday. “A tart and witty chamber piece about the politics and passions that threaten a classical string quartet. Like a good quartet, OPUS is an intimate, intense and profoundly moving conversation among artists.” —Time Out NY. “From its opening strains to its stunning climax, OPUS is worthy of scores of bravissimos.” —BroadwayWorld.com.
Apply for Rights
Click here for ePlay