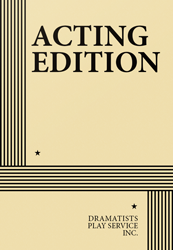 Apply for Rights
FEE: $105 per performance.
THE STORY: As little girls, nestled in the tiny projection booth of their family-owned cinema, Hazel and Muriel flew to exotic islands with their mother, lofted by the plane-like whir of the projectors. In her teens, Muriel found her first kiss there, underscored by the stirring music of a Hollywood romance. Now, in middle-age, Muriel returns to the fading movie palace where her estranged sister screens old films for a dwindling audience, and a new phenomenon called a video store has forebodingly appeared across the street. When Hazel, bitterly separated from her husband, insists she wants nothing to do with her sister, Muriel confesses she’s been hearing voices—little girls’ voices, late at night—and begs Hazel to help her resurrect the cinema and her own failing marriage. A poignant, powerful play about the limits of love and the limitless magic of the movies.
“…charming…rare plum roles for middle-aged actresses…[TINY ISLAND has] such a wise, funny, almost bittersweet Chekhovian quality…that every-thing seems fresh…it’s simply impossible to resist a play in which a woman quips that when people talk about working on a marriage,' all she can think of is that they’ve got it up on blocks in the garage.'” —Chicago Sun-Times. “…crammed with serious issues made fun through humorous juxtaposi-tions of colorful character and memories…delightful…” —Main Line Times.
Apply for Rights
Click here for ePlay